Something has occurred to me. Actually I suppose I’ve been aware of it for a while, and it’s been nagging at me, pretty much constantly, over the course of the last year. 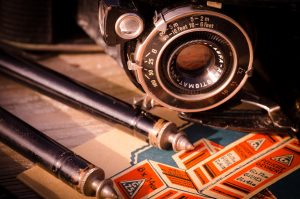 I don’t have a plan. I’m pretty busy and writing blog posts and even tweeting have dwindled. To practically nothing. As someone who tells others to create social media strategies, it’s shoddy practice. The lack of a plan means that it’s easy to ‘not do it’. Creating content is something that just gets forgotten about. Or knocked of the bottom of my to-do list.

I was chatting with Adam at my gym about my lack of blogging and how I wanted to change that. He said ‘Have you considered vlogging?’ (Adam: “Cisco forecast that 80% of traffic will be video consumption by 2020”. Source below)

‘Yes.’ I replied ‘And rejected it out of hand.’

‘You know that in the next couple of years, people who create their own content like blogging and vlogging will clean up.’

Well I hadn’t really thought that explicitly but I did know that YouTube and video statistics are going through the roof. Apparently there are 5 billion videos watched on YouTube everyday. (Donchev, 2016) And people are watching less TV and watching more videos on YouTube. (Smith, 2016)

(Don’t panic, not me, no-one watches more telly than I do.)

God I hate that word. I’m not a fan of the made-up word. You should see me rant about ‘moisturization’. (It might be in the dictionary now but I don’t care. It’s an abomination.)

I knew though, that I should start seriously thinking about video. But. I didn’t want to. I’d look silly. I couldn’t talk ‘live’ to camera and sound like an expert. I wasn’t even blogging – how would I ever manage to get to video…

I chatted about this with Jo Alcock and Claire Bradshaw and their take on it was pretty much, ‘just do it Jeskins’.

It’s been percolating at the back of my brain ever since.

So I’ve decided that I’m going to practice vlogging and becoming more comfortable in front of a camera by vlogging. I’m going to try and create videos every week and I’m going to publish them to YouTube. The idea being that I’ll learn what works and what doesn’t.

I want to practice videoing in different ways. Talking off the cuff, using a complete script and presenting with bulleted notes and see what that all looks like and what works best. I’m going to play with different cameras and technologies and look at editing tools. I’ve already tried WeVideo but I’d like to look at other things too.

I need to play with backgrounds and think about what looks best. At the moment I’ve only recorded short films at my desk. With the office’s white wall behind me and my pink curtains. Can I get used to videoing live and ‘on the road’ like the lovely Jess Haigh did at LILAC? (LILAC Day 2: https://youtu.be/PQNDFPbvh6E).

Can I stop gurning? Every video I’ve taken so far starts with me pulling a face and then I have to choose the least horrific shot as the thumbnail for YouTube.

I need to think about topics too. What can I talk about? What will people be interested in and what format should the videos take? Short bits of info? Like some of the quick life hack stuff you see? Interviews? Lectures? All of the above?

I really pleased it’s done and I feel like I’ve gotten over the first hurdle. It’s pretty horrifying watching it back mind you. 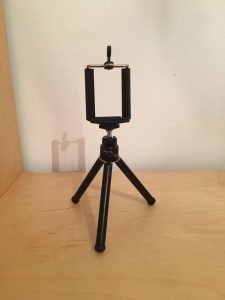 So 2017 is going to be the year of the Lisa Jeskins Social Media Strategy ™. 🙂 It will include vlogging and it might include Facebook. But let’s not get ahead of ourselves.